Daddy Long Leggin' in the Garden

Many people do not like spiders whatsoever. They can be creepy, gross, and some may even bite! Daddy Long Legs are quite the exception to this. First off, did you know that these little creatures are a very special kind of arachnid? They actually belong to the Opiliones, which are more commonly known as harvestmen. It has been said that the Daddy Long Legs is the most venomous spider in the world, but its mouth is so small that it cannot poison a human. Contrary to popular belief, these little guys actually do not have venom glands at all, and their tiny teeth are not strong enough to break human skin. 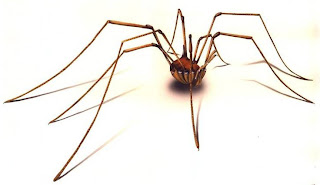 So what does that make them good for? Your garden of course! While these fellas won't be dropping humans any time soon, they will take care of droppings. The Opiliones feed primarily on animal waste and also dead plant matter. This means that they will help you rid your garden of any clippings that are laying around. These little guys are also good for eating small, invasive bugs that can be damaging to your plants.

So next time you see one of these eight-legged crawlers running around your garden, think twice before shooing it away! 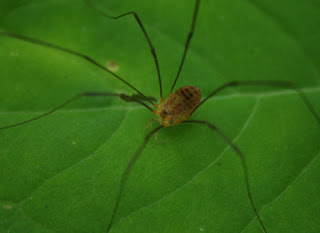 Posted by Green Gourmet Gardens at 06:00

Green Gourmet Gardens
At Green Gourmet Gardens we understand how hectic life can be so we simplified the process by designing square foot gardens and customized raised beds. Gardening should not be complicated or hard work and trust us you don’t have to have a green thumb! There is nothing more gratifying then growing your own garden and serving it at your dinner table.